April 22, the birthday of this blog entry, is Earth Day. There is no better day imaginable to talk about satellite and astronaut photographs of our planet.

The first satellite in orbit around the Earth was, in 1957, the Russian Sputnik-1 (which in fact simply means Satellite-1). However there was no camera on board. The first pictures of the Earth were made a few years later , on April 1, 1960, by the American weather satellite TIROS-1.

Since then, our home world has been photographed many times. Some of these images have become iconic, like the Earthrise photograph from 1968, taken by the crew of Apollo 8. Or the Blue Marble from 1972, made by their colleagues from the last flight to the moon, Apollo 17. And let’s not forget the Pale Blue Dot, which inspired Carl Sagan to write his famous text.

There are a lot of pictures of the Earth available on the Internet, but I could not find one on which the Netherlands, or even Europe, were in the middle. So I made that picture myself, from an altitude of 50 000 km , precisely above 3Develop premises in Rotterdam. A Eurocentric, Netherlandocentric, Roffacentric satellite photo. 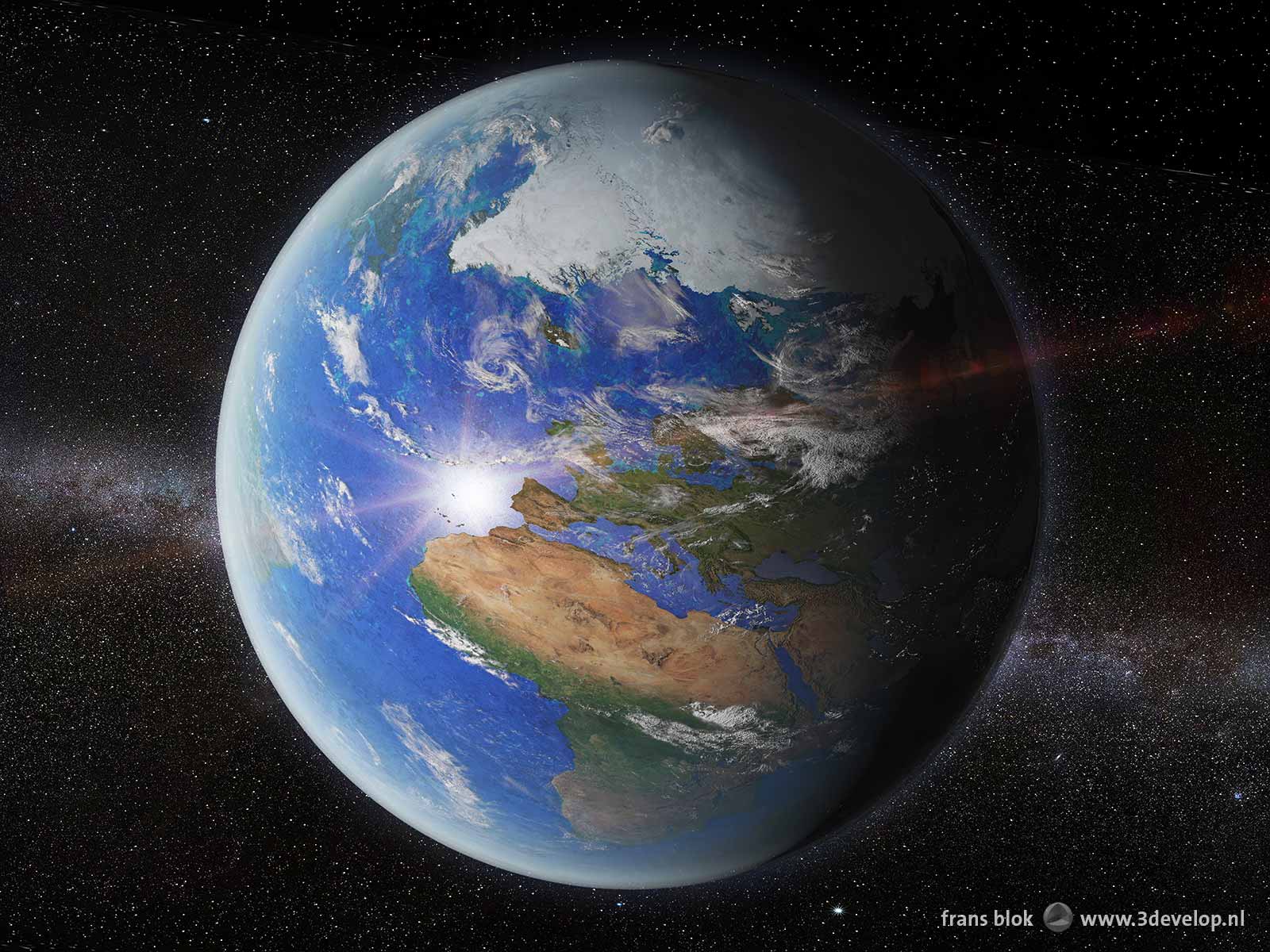 No, of course it’s not a real photograph but an artist’s impression, made using the textures provided by Natural Earth, with two of my favorite programs: 3ds Max and Photoshop.

Europe and the neighbors

We see our continent with the southern and northern neighbors: Africa as well as Greenland and the North Pole Africa, respectively. Sunlight is coming from the left and reflects in the Atlantic Ocean off Madeira. In North and South America, faintly visible on the left side of the globe, it’s morning. On the Arabian Peninsula, Iran and Kazakhstan the lights go on; in India it’s bedtime.

Netherlands and its neighboring countries enjoy the late afternoon sun but a depression forms in the ocean west of Ireland which will end this pleasure in the foreseeable future. 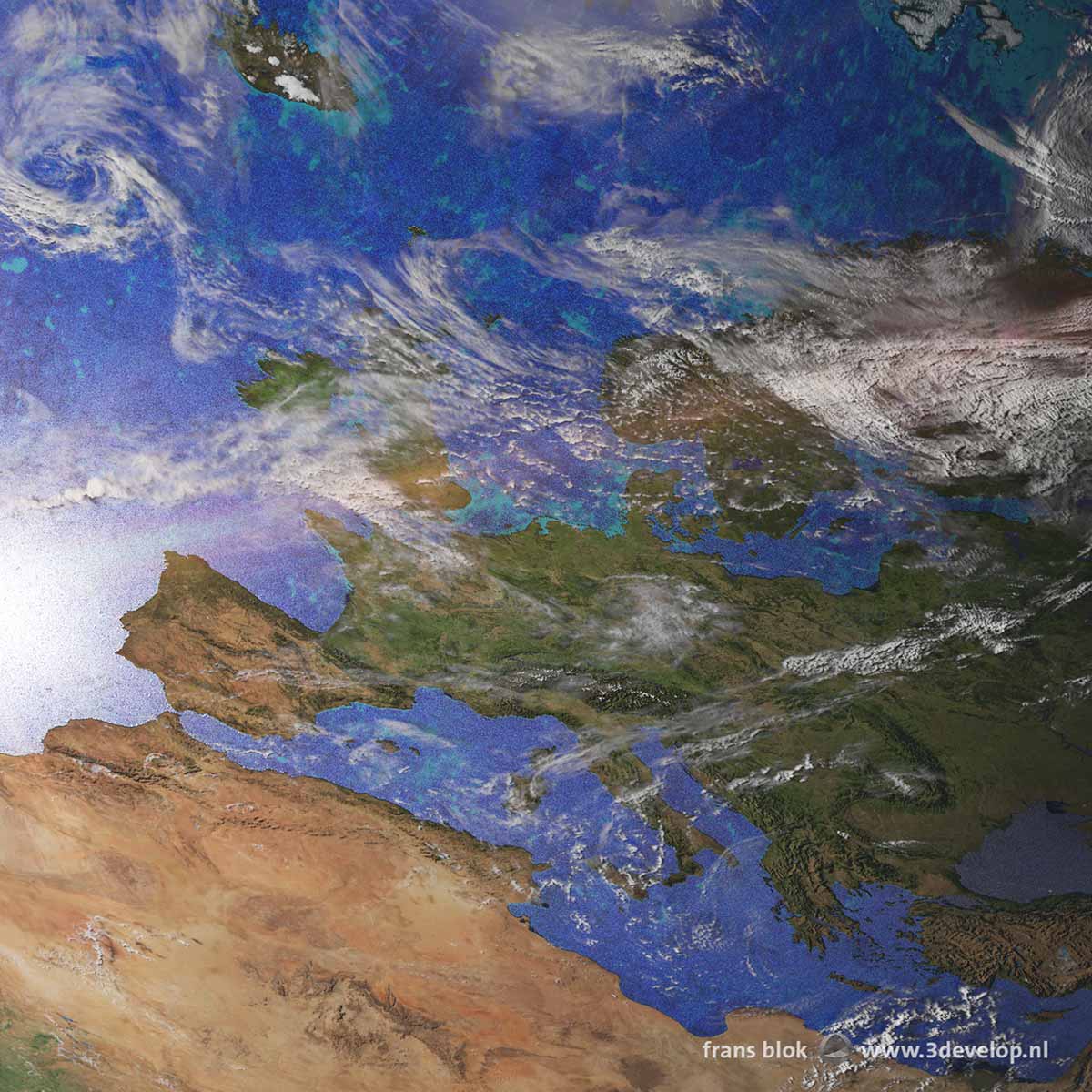 April 22, Earth Day, is a perfect day to show this image to the world for the first time. It is no coincidence that the first Earth Day was celebrated in 1970, so soon after photos like Earthrise reached the general public.

Because it’s precisely those pictures of that beautiful sphere with oceans, ice fields, clouds, deserts and a few spots of green in an infinite black void that show how beautiful, unique and fragile our world is.

So: happy Earth Day everybody and let’s be more cautious with coal plants, deforestation, micro plastics, pesticides and other things that damage our home planet.