Rotterdam in the fog

Fog is a natural phenomenon that can occur in any season, but in autumn it’s more likely to show its face. That seems to be related to relatively large temperature differences between day and night, although Wikipedia reports that the forming of fog depends on many factors. The presence of open water certainly also plays a role.

Like all special weather phenomena mist provides opportunities for photographers. And at the same time it creates challenges: if you are surrounded by mist, the pictures tend to be rather featureless and gray. It is better to choose position on the edge of a fog bank, but the drift of those clouds is hard to predict.

Mist on the River

A few weeks ago I got an excellent opportunity. From 3Develop-premises, located at a relatively high point in the center of Rotterdam, I saw that a solid bank of fog was forming above the river Nieuwe Maas, one kilometer away. Time to grab the camera and run outside. 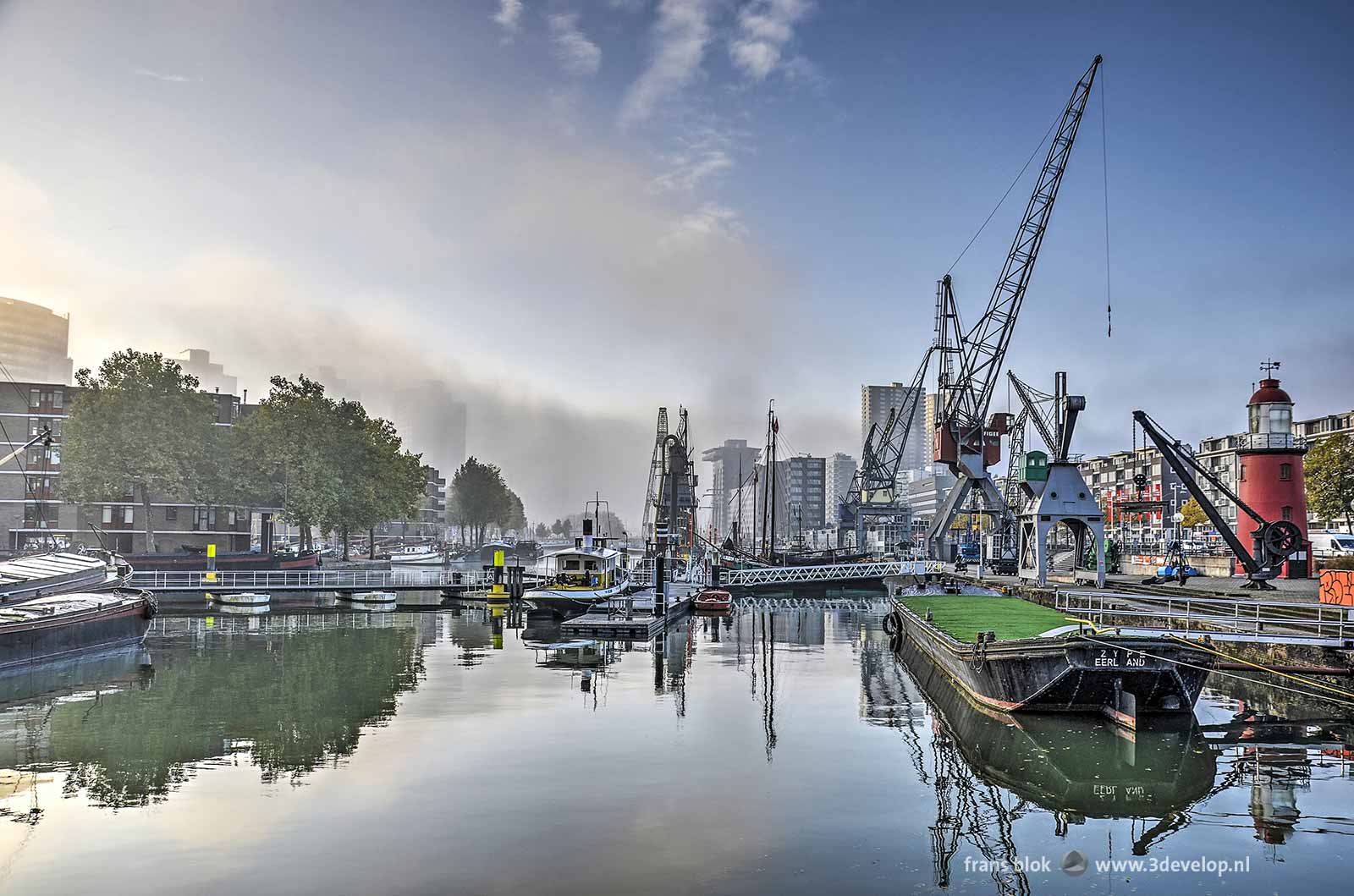 The above picture of Leuvehaven, made near the Maritime Museum, shows the strange phenomenon. The residential towers along the river disappear in a dense fog, but in the foreground, visibility is still good. 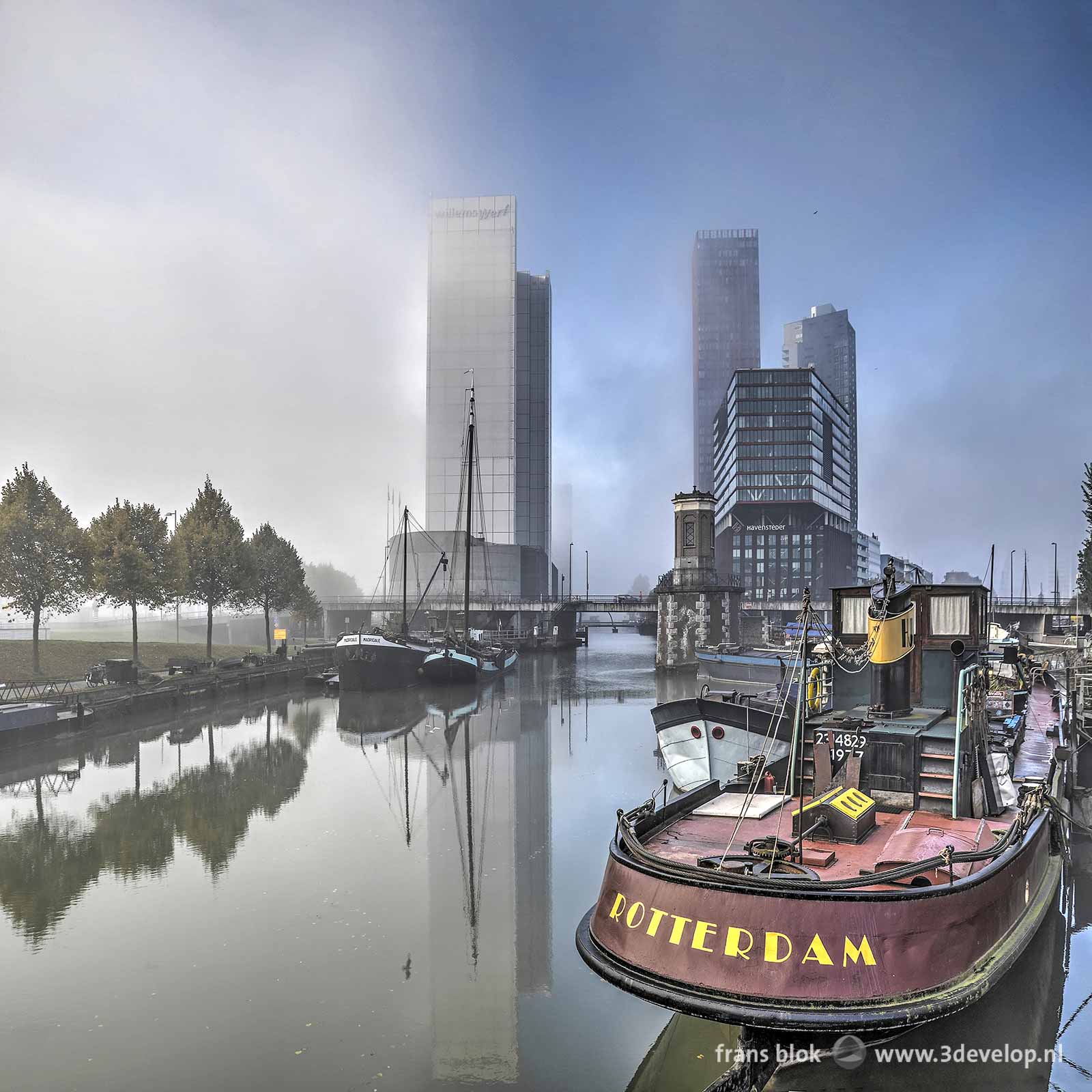 This picture was taken at Wijnhaven, a lot closer to the river. The fog seems to slowly roll into town. The combination of fog and blue sky creates an unreal atmosphere. 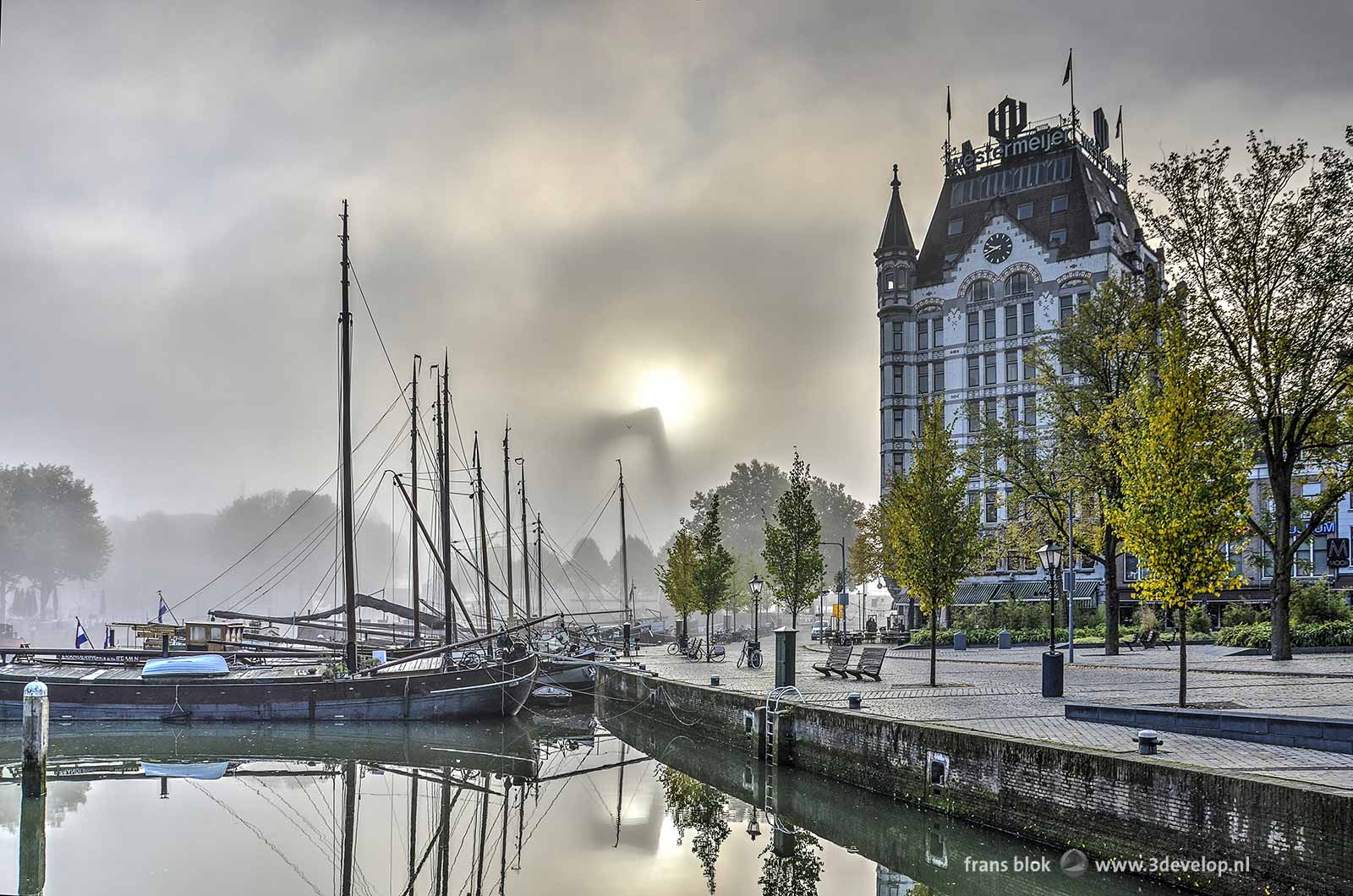 Here we are at the Old Harbour near the Cube Houses. The White House and the historic ships in the harbor are still perfectly visible, but the pylon of Williams Bridge, not far behind, is nothing but a ghost. 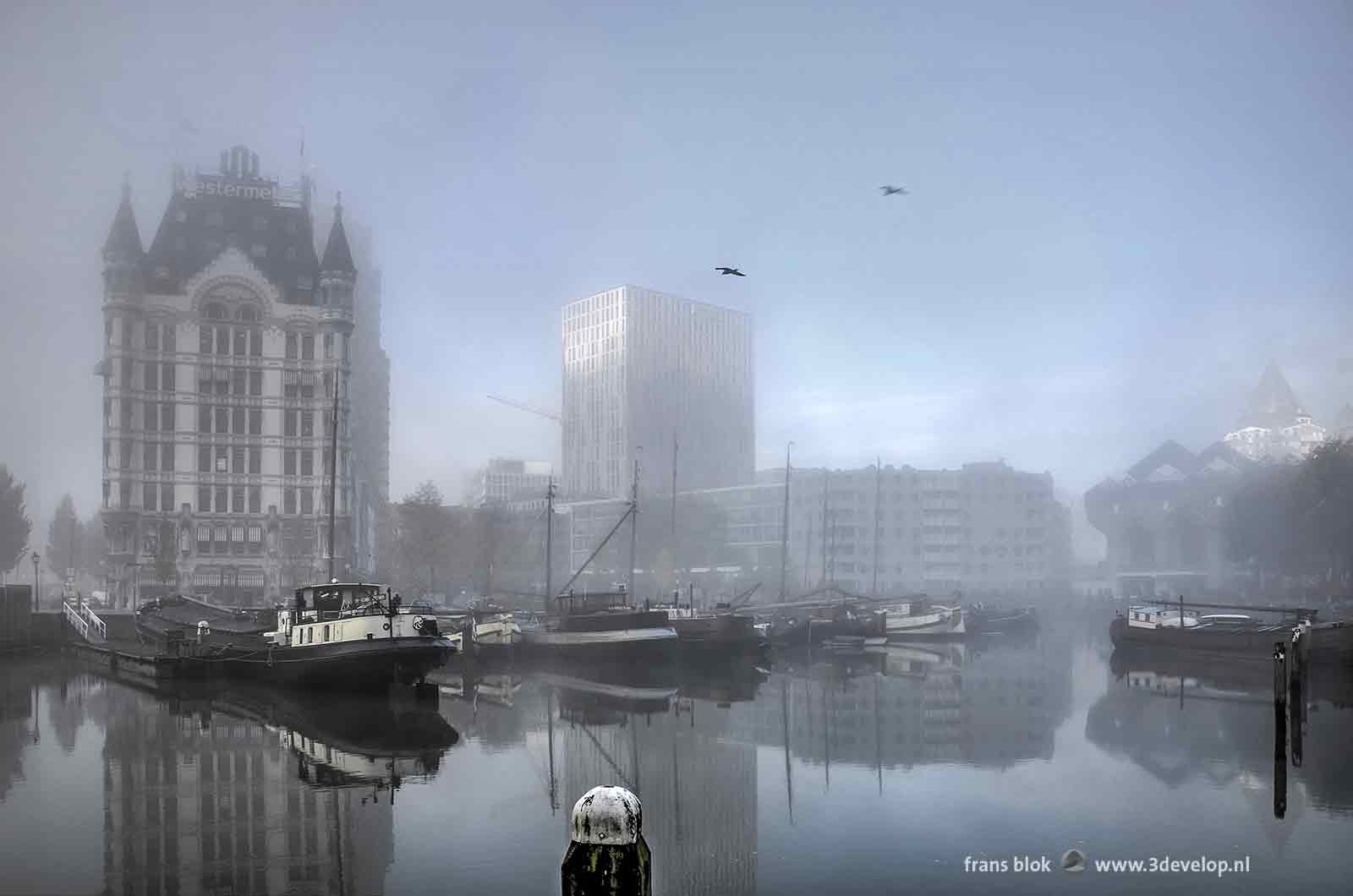 Closer to the river, the images get even more surreal. No, this is not a Photoshop filter. 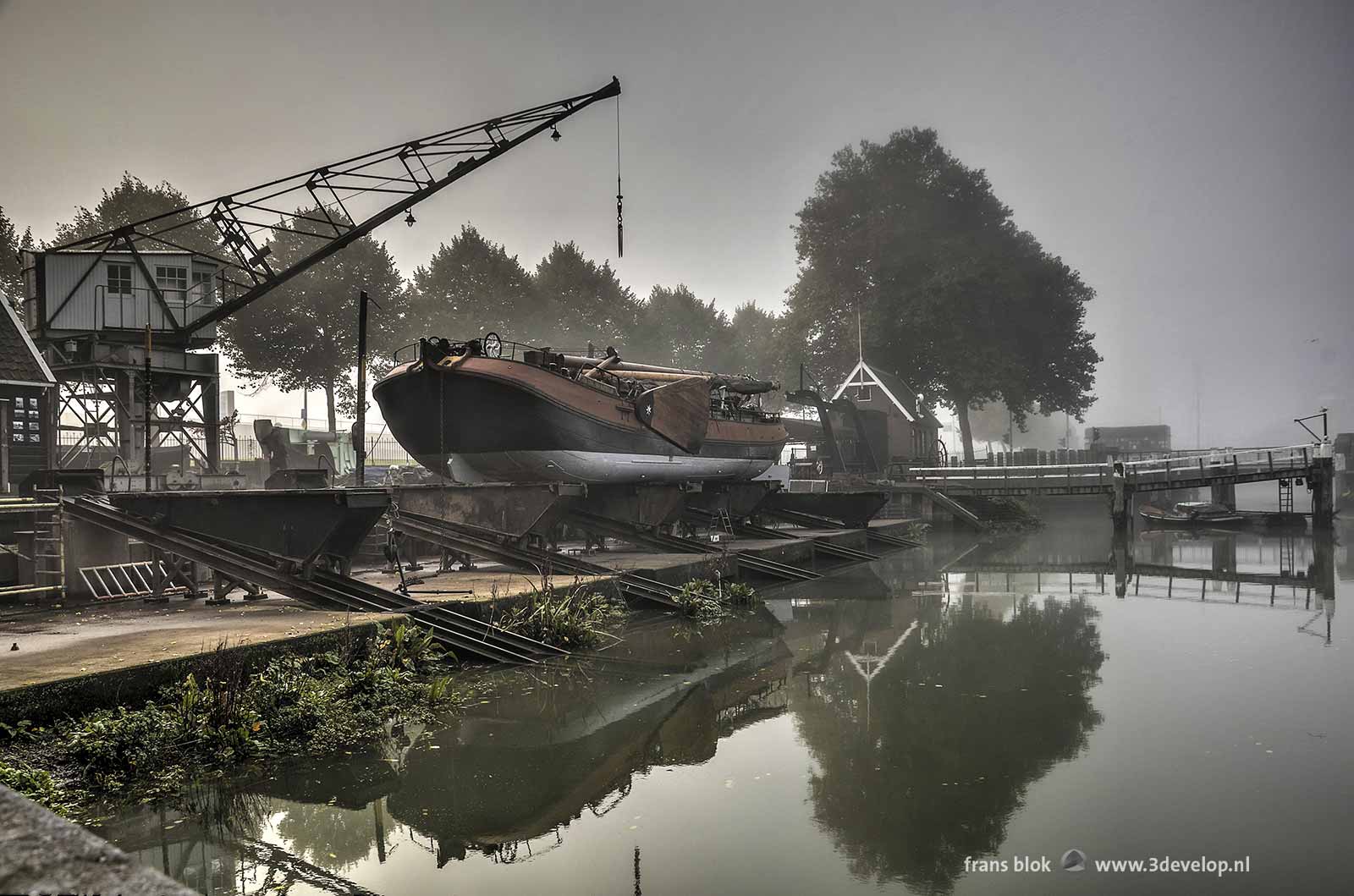 Also the windless conditions and the mirrorlike water surface, that often go together with fog, adds to the mysterious atmosphere. 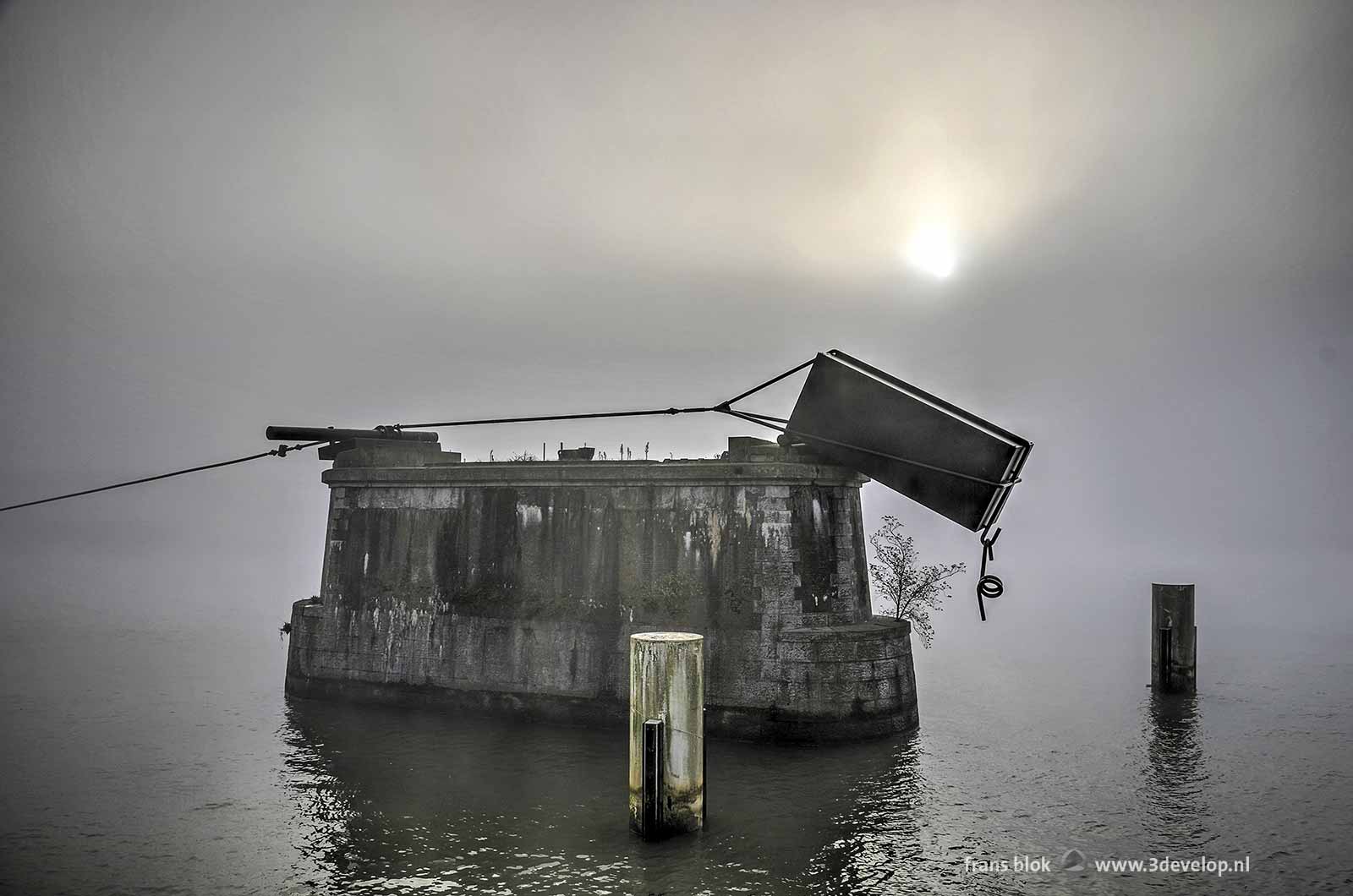 Finally, a picture from the bank of the river: the pillar of the old Williams Bridge, with part of the sculpture by Auke de Vries, at a moment when the sun, with some effort, manages to break through the fog.