You can state by now that the wind is a recurring theme in my work. That’s shown most clearly by my triptych about wind energy on the North Sea. But also my plea for the rebuilding of windmill De Noord at Oostplein in Rotterdam fits perfectly into that story.

Probably not everyone realizes that there’s wind also beyond the Earth’s atmosphere. Another kind of wind, though: solar wind. The particles from which the sunlight is composed exert force on objects that are illuminated by it. Johannes Kepler was, in the 16th century, the first to realize this when he studied a comet. The tail of a comet is in fact caused by the solar wind which blows particles into space.

The power of the solar wind is small but because there’s no friction in a vacuum, you could still achieve high speeds with a solar sail. And since you would not need to bring fuel into space, solar sailing is in theory a very cheap and environmentally friendly way to travel from planet to planet. In recent years NASA, the Japanese space agency JAXA and the private Planetary Society did small-scale experiments to test the concept. 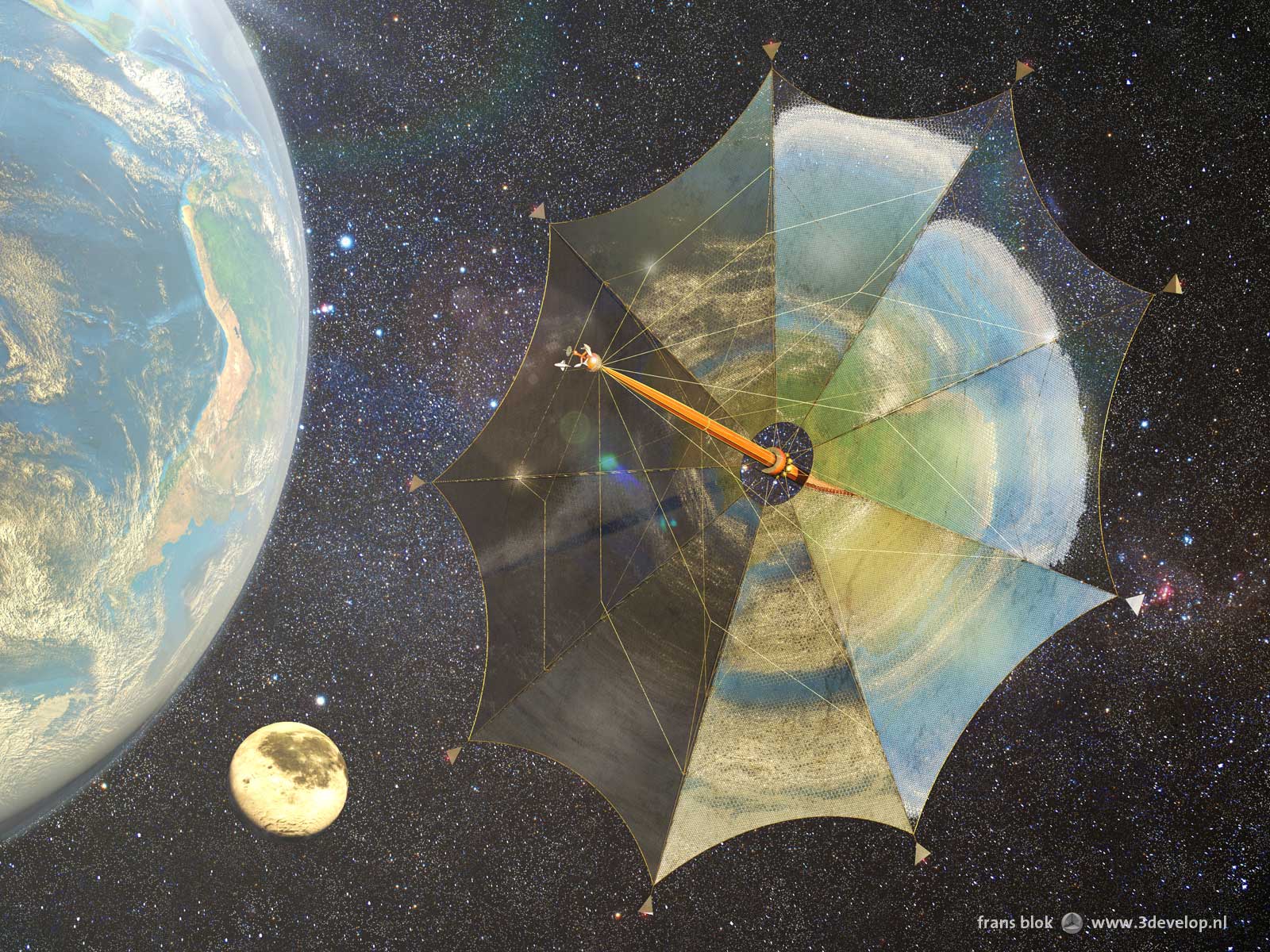 This image shows what that may lead to in the long term. Solar vessel Johannes Kepler is leaving Earth orbit on its way to the moons of Jupiter. The sail has a wingspan of two kilometers and is made of very thin reflective material. With smaller triangular sails, still some 45 meters high, the steering is controlled.

The backbone of the ship has a length of 1500 meters and offers primarily space to freight. Halfway, near the sail, there is a residence for crew and passengers, which rotates to generate gravity.

The three small shuttle boats at the tail of the ship, still as large as the former American space shuttles, give an idea of the enormous size of the ship.

The biggest challenge in making this picture was the reflection of our planet in the sail. I ‘ve been rotating the Earth and the sail endlessly until I was completely satisfied with the effect. That’s a luxury the photographer trying to capture the same image in fifty or a hundred years will not have. But he / she can see this miracle with their own eyes and I’m a little bit jealous about that.

Of course also this work is for sale as a print on aluminum, wood, canvas or paper in my webshop at Werk aan de Muur.