I have already made quite a few special world maps, but never a version in stained glass. Our planet played a part in the virtual stained glass window that I made of the famous Earthrise photo, but that is not the same. So it was about time to fill this gap in my collection. And here’s the result! Virtual glass The map is made of 1440 pieces of colored glass. Virtual glass, of course, because this artwork was made entirely with the help of Photoshop and a tiny bit of Autocad. Despite the abstraction, the elements that make our world… Read More

The Glass Map of Rotterdam: a plan in fifteen colors

Wow! That must have been a hell of a job … Cutting all those pieces of colored glass, exactly the right size and shape. And then carefully arranging them on a steel plate to create a colorful map of Rotterdam. Digital glass No, fortunately these days we have software to simulate things like that digitally. This glass map of Rotterdam was made using an AutoCAD file of the city’s building blocks. In 3ds Max, I added some irregularity to make it look not too computerized. Then I, totally randomly, assigned to each block one of fifteen different colors of glass.… Read More 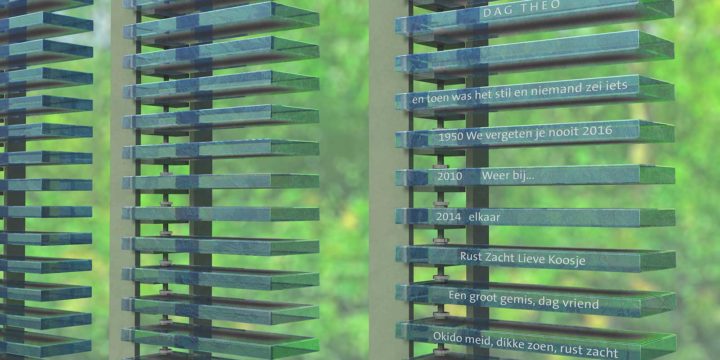 The last few weeks I have been working on artist impressions of commemorative monuments for a client named Denkend Aan. That name refers to one of the most widely known Dutch poems by Hendrik Marsman (“Thinking of Holland I see wide rivers…”). Denkend Aan is an initiative by Dirry de Bruin who previously designed a monument on Westgaarde cemetery in Amsterdam. Except for the design Denkend Aan also takes responsibility for the implementation and management of the monuments. Through a website people can order a glass element with their desired text, which will then be placed in a monument. I… Read More 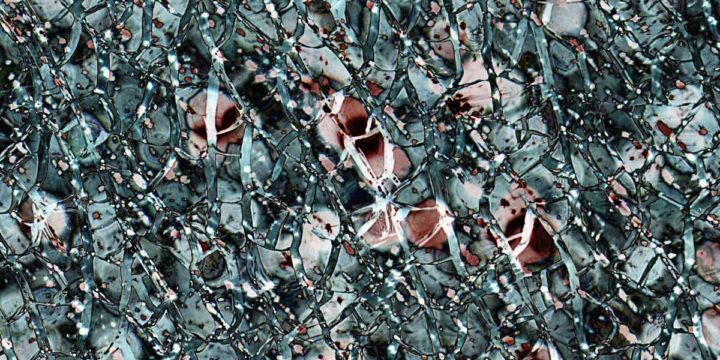 The Beauty of Pre-Shattered Glass

What do we see here? I could tell you that these are two layers of pre-shattered glass and that I have placed a photo of the first layer over a photo of the second layer in Photoshop with the blending mode “difference”. But that probably doesn’t mean a lot to most blog readers. So let’s just conclude that the final result is a fascinating pattern.