Mid-March, in the week that the corona panic began to take hold, my growing apprehension was somewhat tempered by a nice little job for the municipality of Groningen. They had seen my digital scrapwood map of the Netherlands and wondered if there were more maps like that. And more specifically if there was one of the city of Groningen. That would be a perfect gift for a departing alderman. Blocks That map did not exist yet, but could of course be made. The question was: do I make each neighborhood out of a separate piece of virtual scrapwood, as I… Read More

A map of Europe made of scrapwood

Well in time for the European elections, it’s finished: the map of Europe in digital scrap wood. The third in a series; previously I made a scrap wood map of the Netherlands and the world. 54 countries Making this map was a bit more difficult than the previous two. Instead of 12 provinces or seven continents, we are dealing with 54 different countries big and small here. And for each of them I have searched for a separate piece of wood. Virtual wood, by the way, let there be no misunderstanding about it. Geopolitics When making a map of Europe,… Read More 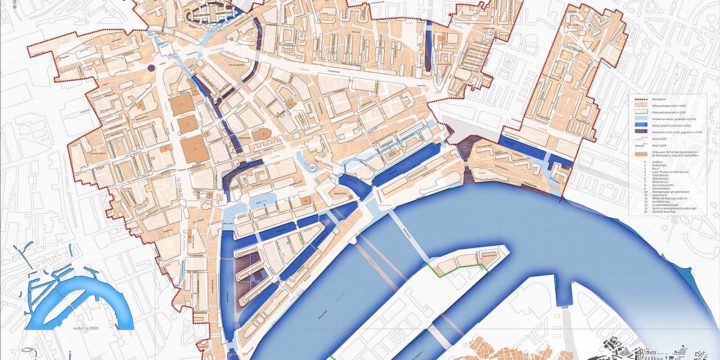 Anyone who studies a street map of Rotterdam before 1940 gets confused. Rotterdammers today would have a hard time finding their way in that pre-war city. Not only the buildings are different, also the street plan has changed beyond recognition. There are in fact two different cities. Those two cities share the same location but are separated by time. With a breaking point at the day of the bombing: May 14, 1940. Of course, other cities have also changed enormously since, say, the 1930s. But nowhere are the differences as dramatic as in Rotterdam. The destruction of the street plan Not… Read More 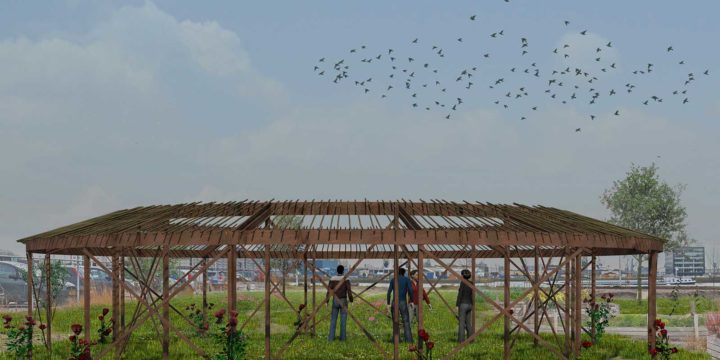 Pergola on the Pier

Garden on the Pier is an initiative like there are quite a few these days: a group of residents that turn a vacant piece of land into a temporary park for the neighbourhood. The Pier at stake here is the Lloyd Pier in Rotterdam which, as a consequence of the economic crisis, won’t be redeveloped as rapidly as originally envisioned. A part of the Pier can be used as a garden for several years. This is what the site currently looks like: Rose garden One of the plans is the construction of a pergola against which roses can grow. Piet… Read More