Right now, especially in these turbulent times. We’ve all heard the cliché a thousand times over the past few weeks of lockdown, quarantaine and social distancing. And yet I will use it once again: particularly during this difficult time, nature can offer us comfort, hope and inspiration. Home To be honest, I don’t have that much to complain about my own situation. I have always worked at home and I don’t suddenly have to deal with children who I have to teach or who drive me crazy in other ways. There are undoubtedly better, but also much worse, places to… Read More

Countdown: the Ten Best Photos of 2018

For the third consequetive year I’m trying to put together a list with, in my humble opinion, the best ten photos that I made over the past twelve months. And once again that proves to be a daunting task. I made about 5,000 photographs in 2018; making the longlist (see below) was already very time-consuming. And what kind of criteria should I use to make the final list? The most useful advice I could give myself was to make a nice and diverse list, paying attention to various seasons, times and subjects. So here they are: ten pictures, each of… Read More

For some photos the window of opportunity is very small. You have to be quick, otherwise your chance is over. Think, for example, of the increasingly rare photos of the city under a nice layer of snow. Or photos taken in the blue hour after sunset, when the circumstances change by the minute. Spring is another of those narrow windows. One moment the trees are still bare, a few days later they are full of blossoms and/or young leaves. And if you don’t act promptly, the spectacle is already over by the time you get your camera. Late Spring was a… Read More

Countdown: the Ten Best Photographs of 2016

Every year in early December the ranking season starts. The sportsman/sportswoman/sportsteam, politician and person of the year; the best films, books and records. As if nothing is going to happen in those final weeks. And now I’m doing it as well, by compiling the top 10 of my favorite photos from 2016. But I have a blog, and that has a great advantage. If between Christmas and New Years Eve I make a picture that is better than any other I made this year, I can simply rearrange the list. No no one will notice. The longlist I made close… Read More A few weeks ago I was in Bourtange, the well-preserved fortified village in the Dutch province of Groningen. At least, I’ve always thought that Bourtange was a nicely preserved piece of history. But that’s not entirely correct. For more than a century, the fortress was completely gone and Bourtange was a boring farming village. In the nineteenth century, the fortifications were demolished and the canals were closed, which happened in many places in those days. Reconstruction Not until the sixties of the twentieth century came the idea to rebuild the fortress. In the seventies and eighties that idea was carried… Read More 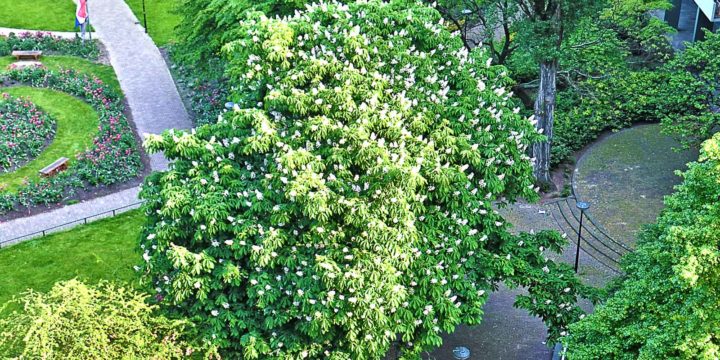 My favorite tree is a chestnut in the park in front of my apartment at the Lijnbaan in downtown Rotterdam. Every spring I am amazed about the speed with which nature operates. Within a few weeks time a metamorphosis takes place: the barren tree gets buds, leaves and a short time later flowers which then also pretty quickly disappear. Last year, during the months of March, April and May, I took a photo every day at nine a.m. from the walkway in front of my appartment on the sixth floor. In a perfect situation I’d use a weathertight protected fixed… Read More 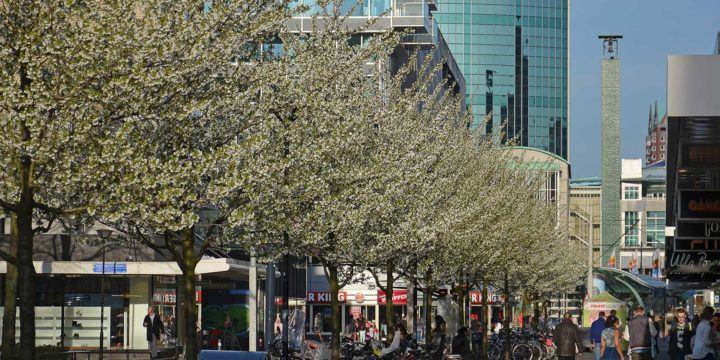 Trees in the city, I love ‘m. But I’d love a little variation as well. In Rotterdam there are so many plane trees that even I, traditionally a big plane tree fan, get a little bored. But fortunately sometimes a different species is chosen, and how beautiful that can be seen at Van Oldenbarneveltplaats. Since a few days the flowering cherries there are in bloom. The experts are not yet sure whether they’re Prunus Avium or Prunus Serrulata. One week each year It is a pity that the stunning beauty lasts only a week, but hey, that’s nature. And that… Read More

Twenty Cool Images: the Beauty of Snow and Ice

Tomorrow is the last day of winter, according to meteorologists. According to the astronomers, we still have three weeks to go until spring, but anyway, it’s very likely this winter will pass without a single snowflake, at least here in Rotterdam. Too bad, because snow and ice can be cumbersome at times but at temperatures well above freezing we’re also missing a lot of beauty. To illustrate that, here’s a collection of twenty snow and ice images, made during the colder winters of recent years. And partly also in the less mild climate of Iceland where snow and ice can… Read More