Is There Really No Planet B?

It’s a popular theme in science fiction: the quest for a new Earth, because the old one is becoming uninhabitable, usually due to human interventions. The search, in other words, for planet B, a place to escape the self-inflicted crisis. Sometimes the idea is elaborated in a somewhat ironic manner, like in the unsurpassed Dutch series Missie Aarde (Mission Earth), in which the Netherlands take the lead because it’s the only country not under water thanks to its dykes. Sometimes it’s dead serious, as in the movie Interstellar, in which drought, dust storms and crop failures make the need for… Read More

Terraforming is the modification of a planet in such a way that terrestrial life can thrive there. One should not underestimate such an enterprise. The terraforming of Venus or Mars is a huge project that will take centuries, if not millennia. But on which of our two neighboring planets is such a project the most promising? They both have their pros and cons, but on this page I mainly want to talk about Venus. Sister planet This closest planet in our solar system looks suspiciously like Earth, at first glance. With a diameter of 12,104 kilometers, Venus is only a… Read More

After terraforming Mars quite a few times, I’ve now done the reverse thing: martifying our own planet. What would Earth look like without a drop of water? When all lakes, seas and oceans suddenly disappeared? Our world would become a Pale Yellow Marble, a kind of cross-over between the Moon and Mars. Warming Exactly how much water is there on Earth? According to recent estimates, we’re talking about 1400 million cubic kilometers. That is a cube with sides of about 1,100 kilometers. The vast majority of that amount, 97 percent, is salt water. The other three percent consists of fresh… Read More

Two planets on the beach

When comparing the scale of the Earth and Mars, it’s always a good idea to include objects that everyone knows. At the beginning of this century, I sometimes put a two euro coin and a euro cent on the table as a size comparison. The Earth is the two euro coin and Mars is the cent. And to extend the analogy a little further: Pluto is the dot on the cent. But since 2006 Pluto is officially no longer a planet. And I think it was about the same time that the euro cent disappeared from our wallets. That takes… Read More 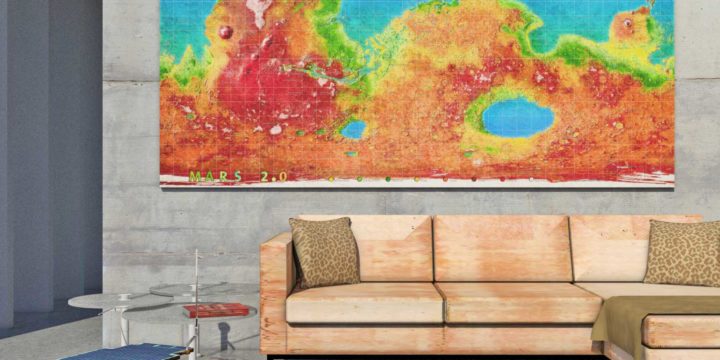 The terraforming of Mars is a fascinating subject. Is it possible to transform that lifeless desert planet into a living world with seas and jungles? Can some other colors, especially green and blue, be added to the Red Planet? In any case, now that we are dangerously warming our own planet, terraforming is no longer a theoretical concept. Mars Society Netherlands The Red Planet and I have a long history together. In 1999 I founded, together with Arno Wielders (currently involved in Mars One) the Dutch chapter of the Mars Society in a café in Leiden. In the first years… Read More 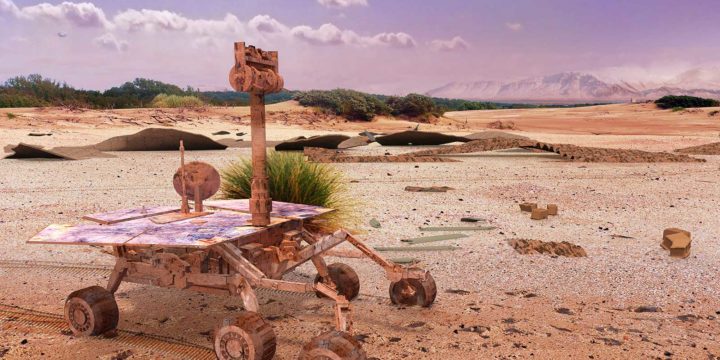 More than eleven years ago, on January 25, 2004, Opportunity, NASA’s Mars Exploration Rover, landed in Meridiani Planum. An identical rover, Spirit, landed three weeks earlier, on the other side of Mars. Both vehicles were expected to remain active for 90 Martian days, more or less equal to three months on Earth. The Martian climate would claim its toll, or so the mission planners feared. Although on Mars the sun shines more than six hundred days a year, the dust storms and large daily temperature differences would surely leave their mark. Indestructible Oppy But the rovers appeared to be more… Read More 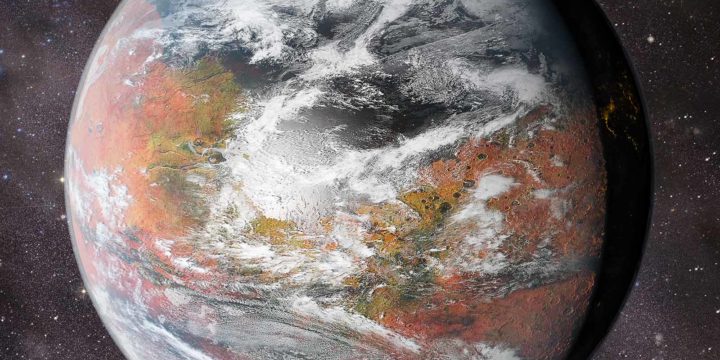 A few weeks ago I received an email from someone who asked my permission to use Modified Mars as a setting for a novel. Modified Mars is a project that I conceived eight years ago, and it’s about terraforming the world currently known as the Red Planet. Another Earth First a brief explanation for those who rarely or never read science fiction. Terraforming (literally earth formation) is the alteration of a planet in such a way that Earth organisms, including humans, can thrive there. Terraformers are especially interested in Mars for several reasons. The planet is not too big, not… Read More 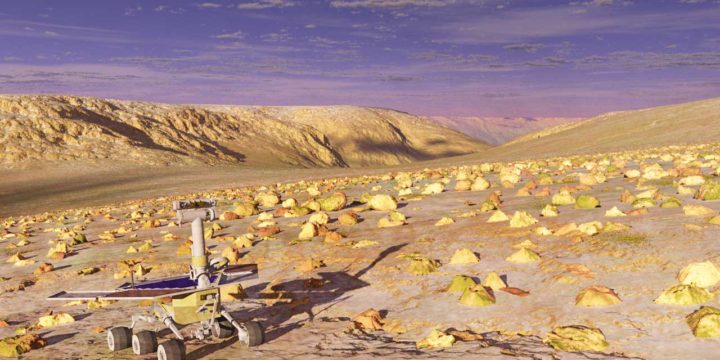 Terragen is software for generating landscapes. Landscapes on Earth but just as easily on other worlds, as is shown for example by Kees Veenenbos. Years ago I loaded some elevation data from NASA’s Mars Orbital Laser Altimeter into Terragen and I did some experimenting. There is a new version of the program now, which was a good reason to take those old terrain data off the shelf again. Rocks and grass There is much more possible with Terragen, these days. In the old days only aerial views could be made somewhat realistic. But nowadays you can add rocks, grass clumps,… Read More